If you need to catch up.... Synopsis

Kyori looks Neal in the eye "so did you sleep with them all?"

"Even Gavin? (LINK) She was with her mother on your date? And I thought Ayumi (LINK) passed out on you?  .... You slept with ME  (LINK) the night you had your date with Erin (LINK) she went off with another guy?"

Neal shrugs his shoulders "I picked Gavin up later after the car had dropped her and her mother off. We had a wicked couple of hours in the back seat of my car... very retro!" Neal can't help but grin at the memory.

Kyori kicks him hard on the shin which makes him yelp involuntarily. The other diners turn and look at them, some start to whisper and one takes out a camera!

"Oh, shit!" Neal mumbles "Come on we need to leave before this is on the six o'clock news!" Neal stands and tosses some money on the table scooping up his jacket he makes for the door.

Kyori picks up her purse and follows him out of the cafe.

Neal stands on the pavement Kyori standing by his side.  "So, where do we go? My place is only round the corner.... if you want to risk it?" She asks

"I don't think it's going to matter much now! Come on your place it is" Neal heads off down the road towards Kyori's apartment building.

Once inside Neal flomps down on the sofa while Kyori excuses herself taking of her boots and wiggles her toes. She sighs "that's so much better! Now do you want a quickie for old times sake or just to talk?" she looks at the clock "I only have half an hour and I will need to be back in court!"

Neal can't help himself and almost goes for the quickie but then reality hits and he replies with a little smile " I think we need to talk.... and I'm not one for a quickie, you should know that!"

"OK, so spill.... Ayumi and Erin?" Kyori sits in a chair opposite Neal and looks at him with interest

"Well.... Ayumi forgot her jacket and had to come back for it. I was about to have a shower and .... well she joined me!"

"Your SUCH a randy git! I can't believe Sarah gave you another chance?"

"Were not going there!" Neal gives Kyori a look and then continues on

"Erin did go out with that guy a couple of times but we met a couple of days later at Darius's club and  well she was willing and I was able so why not?"

"O...K... so with me you always bag and shag why not them?" Kyori asks innocently picking a microscopic piece of fluff from her blouse

"That's not what that letter says?" Kyori points towards the pocket where Neal had stuffed the letter.

"I know THAT! But the photo?" Neal takes out the letter again and shows Kyori the photo

"So? It's a pictures of a stinky, wrinkly, brat? There are TONS of those around!"

Neal opens his wallet and hands her a second picture

"Oh! Why do you have one of those aged pictures of the little brat?" she looks from the pictures to Neal

"It's not a aged picture is an old picture... of ME!" Neal replies

"Boy, are you fucked! I think you are going to have to tell Sarah! Do you want me to clear some space in my wardrobe?" Kyori can't help but smile a little and if she was honest she would be quite happy to make room in her closet..... and her bed for him.

"Thanks for the offer, but I'm going to work this out.... with Sarah!" Neal jumps up and picking up the pictures and letter kisses Kyori and heads for the door.

He turns and thanks Kyori for her help. Which is a little strange as other than telling him he was 'going to lose everything' she did very little? or so she thinks?

Having spent the day trying to find out where the letter had come from Neal has a sleepless night tossing and turning. 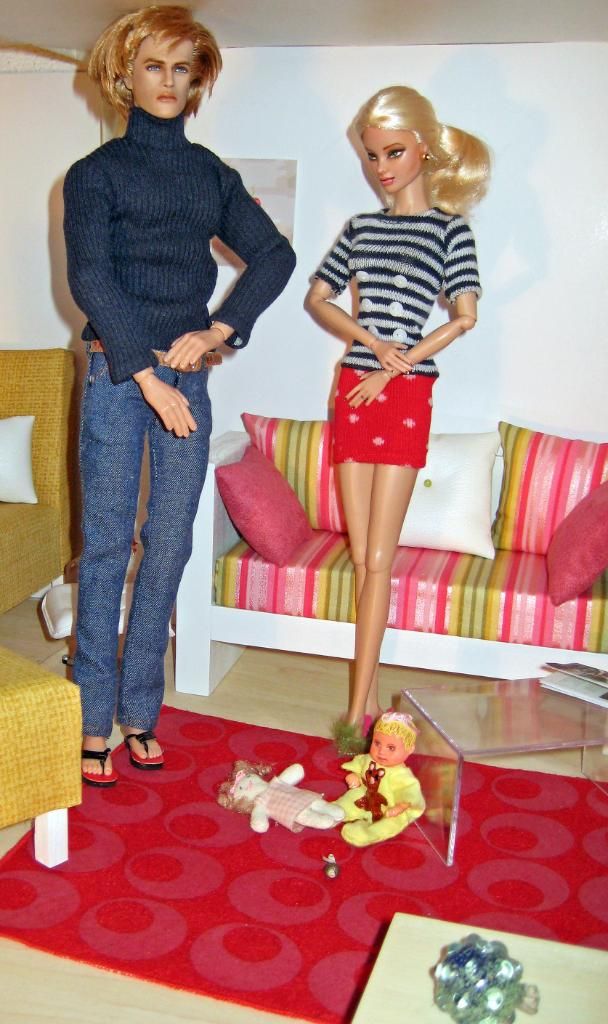 In the morning he feels like shit and is snapping at Sarah and even Dawn. Sarah has had enough and demands he tells her what's going on?

Neal decides it's now or never.... he has to tell Sarah.

"I got a letter" and he hands it to Sarah

"You bloody IDIOT! So.... who have you been shagging?"

Sarah looks at him incredulous  "You have no idea? You bloody shit!"

Neal replies sheepishly "Well it's one of the eight from 'Neal's Dates' it must be!... and it's not Kyori.... the baby looks white so I guess that's Reese out of the equation... so I'm thinking that makes it one of six!"

Sarah glares at him "You sure? You've not been with anyone else?"

"NO! NO!" I swear" Neal says with pleading in his voice

" So it was JUST the eight then you fucking dick dipper?" this comes out as a sarcastic hiss

"We will talk about this later I guess but not now! I'm going to see to Dawn, I suggest unless you want to lose your meat and two veg you will not be here when I come back!"

Neal's face goes a strange grey colour but he stands his ground "NO! Sarah I want to keep my manhood but I'm not leaving! We need to talk! I don't know how but we WILL get through this... I'll sort it... I promise!"