The Priors Episode Forty Three.... Back To The Story

On a cold winters morning just before Christmas Luke arrives at  Neal's home knocking on the door he waits for someone to answer, for the millionth time he goes over in his head what's been going on and what he wants to say...no ask Neal!

Sarah is standing at the front door a slightly puzzled look on her face. Luke comes back to earth with a jolt "Sorry Sarah, I was miles away!"

Sarah smiles "Yes, I can tell! So come on in... Neal tells me you have found the love of your life! Are the flowers for me?"

Luke grins "He would! Yes, for one of the most beautiful women I've ever met" and he hands the flowers to Sarah

"Oh! I used to be THE most beautiful woman, now I'm just one of them!!! I'm guessing this girl is very beautiful?" Sarah laughs

"Luke! Little cousin how are you?" Neal appears in the hallway

"Fine! I'm fine!" Luke replies but both Sarah and Neal can see there is more to his visit than just a 'Hi, how are you! or  I'm at a loose end for Christmas?'

Just then Dawn starts to howl "OK, I think I need to see to someone..... see you in a minute Luke" Sarah turns to Neal "You could offer Luke a drink and take him through to the living room? I wont be long and put his jacket in the spare room"

Luke grins "Tea would be fine, it is only 10:30 in the morning.... but maybe we could start on the Vodka later?" Luke shrugs of his jacket and dumps it and his bag on the floor

"I take it your staying then?" Neal asks as he heads for the kitchen to make the tea

"Well, you did offer to put me up for a couple of days?" Luke looks a little uncertain

Neal laughs "Just teasing you little cuz, take a chill pill! On the other had scratch that last bit, Sarah would go ape if you bring drugs into the house!"

"No drugs mate! Been there done that chucked up on the T.shirt, been clean over six months!" Luke looks pleased with himself.

"Good for you, and about bloody time!" Neal slaps Luke on the back

They both jump and turn seeing Sarah in the doorway holding Dawn in her arms. 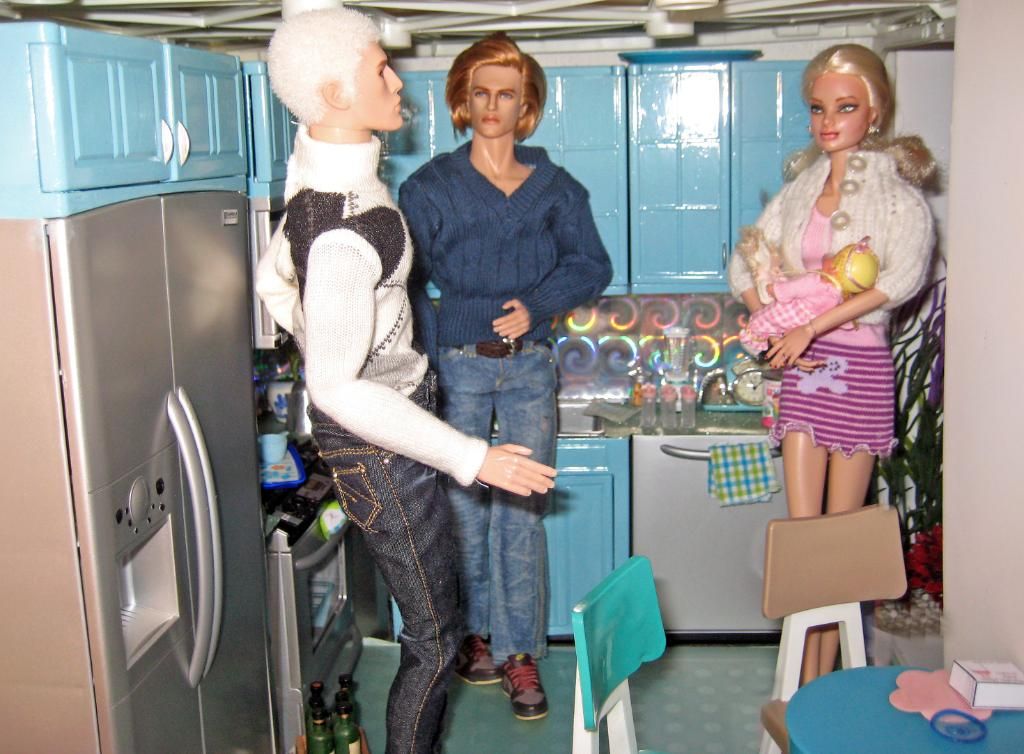 Neal chuckles "Babies do that! "

Luke hesitates then asks if he can have a cuddle

Luke pushes Neal away "Geroff! You big woz!"  and they all start to laugh

Sarah hands Dawn to Luke, she looks over to Neal and they exchange a slightly puzzled look? 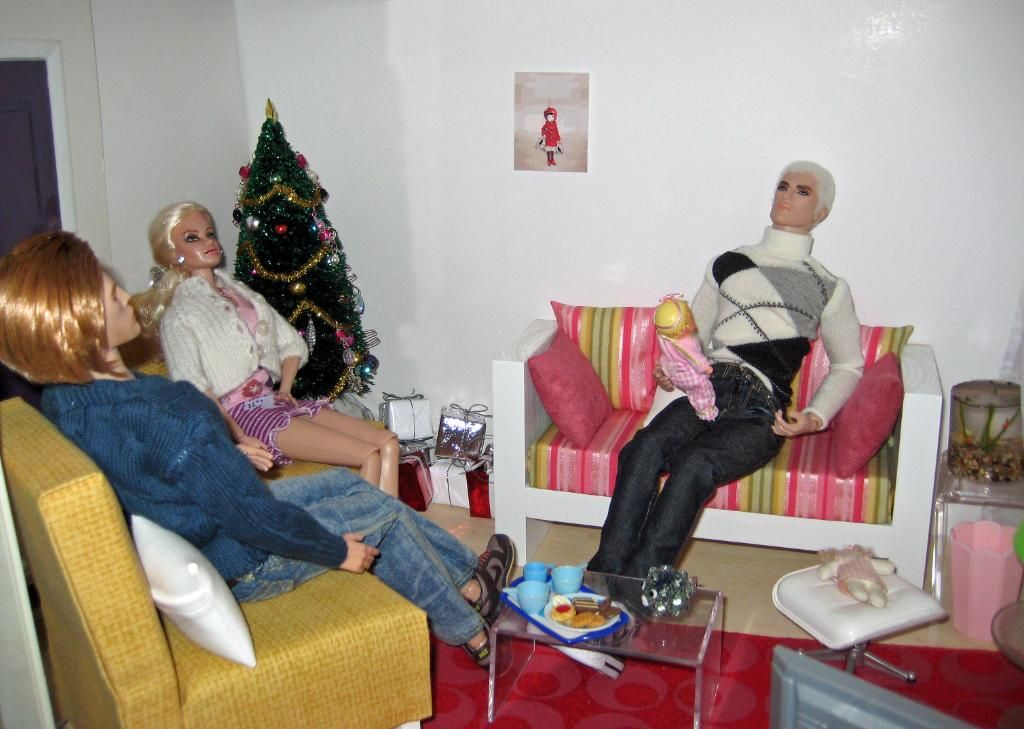 "So Neal I hear Simon West will be staring in your next film? Action film is it?" Luke Asks

"You know I think Simon looks a little like you two ...same jaw line? Not related are you?" Sarah jumps in

Neal chuckles " My wife has a soft spot for Simon West me thinks, and yes, it's an action film... we start work just after Christmas!"

"Mind you his wife's Kumi is pretty hot too, we modelled together last year, that red hair (Luke whistles) VERY hot!" Luke winks at Sarah

After their tea a some friendly banter Sarah excuses herself and taking Dawn with her leaves the guys to chat.

With a little cajoling  Luke tells Neal what been going of with Dania and her threats to tell Eden. If you missed it here's the  LINK

Neal sucks air in through his teeth a grim look on his face!

"Dania is a dangerous women! I crossed swords with her a while back when she was messing with Giselle's head! It was not a pretty sight!"

"Your telling me! So what can I do? How can I get her off my back and not lose Eden? Luke looks perplexed

"I'm not sure you can? I'm sorry......" Neal can see the look on Luke's face "Look I'm not going to make any promises but I will see if there is anything I can do?.... I need to make a few phone calls!" and with that Neal leaves Luke alone in the living room and heads for his office

Luke wipes a tear from his eye and in a slightly chocked voice "he's in his office.... sorting something out.....I hope!"

"Oh, darling whatever is the matter?" Sarah goes to him and putting her arms around his shoulders gives him a hug.

Luke can't help but think how lucky Neal is as his face nestles in Sarah's cleavage! Just then Neal returns

"Get your face out of my wife's boobs you dirty little perve!" Neal shouts and Sarah jumps back Luke looks embarrassed as if Neal could read his mind. Neal finds there reaction very funny a roars with laughter. Then his face becoming little stern he looks at Luke " I think I have it sorted?"

"What's sorted?" Sarah looks from one to the other.

"Nothing!" they both chorus.

"Hummm! I know there's something going on? .....OK, I can see your not going to tell me I'm going to get lunch then you two can take Dawn for a walk down to the shop and get some milk we are running low!" and with that Sarah flounces out of the room.

After lunch Neal and Luke do as there told and take Dawn wrapped up warmly against the cold weather for a walk in her pram. Neal takes this opportunity to explain to Luke what he hopes to do about Dania Zarr!

Luke feels both relived and apprehensive! If Neal's plan works Dania will be gone for good.... If it goes wrong they could ALL be in big trouble!!!!

If you want to find out more about Simon West, Kumi and the rest of their family read

SIN IN THE CITY

If you have not read these stories by Amber..... where have you been , on MARS???? No, seriously find some time over Christmas and read Sin In The City. You will soooo not be disappointed......

Oh, and if you think my sleeping/ waking Dawn is a good trick...NO I have two