Just as the ambulance is ready to set off for the hospital the recovery truck arrives. Richard wants to go to the hospital with Izzy and their daughter so just gives the recovery guy his details and leaves him to get on with it! 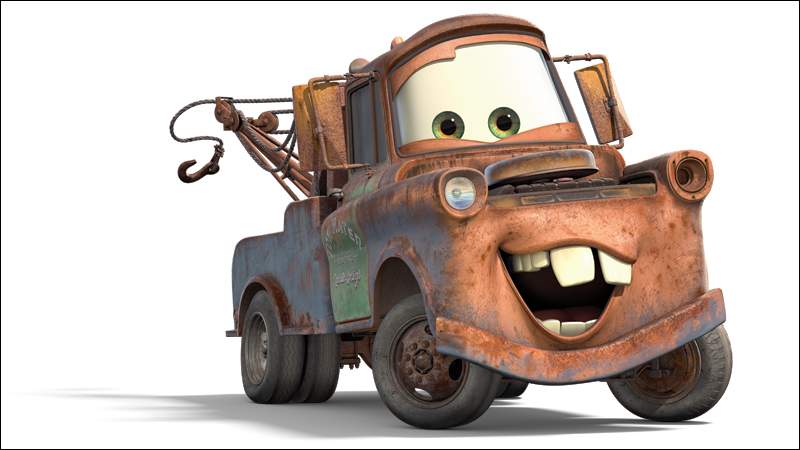 Angela is so not going to be left in the cold... or willing to wait in a farmers house! So pleading possible hypothermia AND her midwife status she too is taken in the ambulance to the hospital!

Once they arrive at the hospital Angela and Richard are given hot tea to help warm them up while the doctors check Izzy and the baby over. 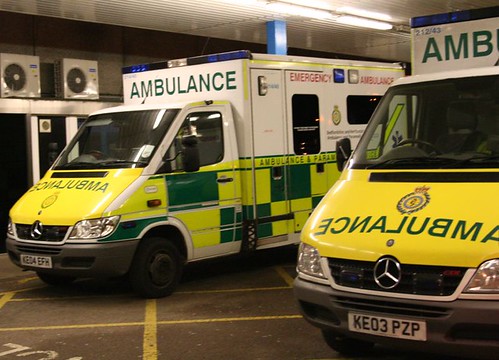 "We are going to transfer your wife to  the maternity ward upstairs as she has yet to deliver the placenta and they are better equipped up there. I expect they will keep her in for a couple of days? Your daughter is fine but we have her in a incubator just for now so she can warm up a little" the doctor tells Richard once Izzy and the baby have been checked out.

As he finishes talking the porter arrives and both mother and baby are transferred upstairs.

Richard heads off behind them calling to Izzy telling her how much he loves her.

"Richard go with the baby... make sure she's OK and I love you too!" Izzy calls back as she is whizzed along the corridor towards the lift.

As they wait for the lift Richard feels a hand on his arm "Richard now we are back at the hospital I'm going to check on Luke before I get a taxi home... Do you want me to tell him about the baby, if the doctors let me? Or would you rather to do it?"

Richard had all but forgotten that Angela was there, something not gone unnoticed by her! " I want to check Izzy and the baby are OK and then I'll come and see Luke!" he tells her.

"Well, just because you have a new baby DON'T forget you have a son!" Angela tells him the hurt evident in her voice.

"Angela, please don't start... if it was not for you I might have lost Izzy and the baby! I'll always be grateful to you for that... but don't push it! You know I love Luke and I always will! Even if Izzy and I have twenty kids Luke will always be my first born... my number one son!" and with that the lift arrives and Richard gets in leaving Angela looking daggers at the closed doors.

Following the nurses directions Angela makes her way to the isolation ward finding Eden and Lilith chatting and drinking coffee outside Luke's room.

"Ouch, that's hot!" Eden squeaks as she spills hot coffee on herself.

"Darling you should be careful... burn marks will look so unpleasant in the wedding photo's.... that is when there is a wedding!!!" Angela tells her.

"Oh, there will be a wedding as soon as Luke is better... but what are you doing back?" Eden is surprised to see Angela.

"I... well lets just say I did not quite make it home! So is Luke awake... can I see him? Why are you not in there with him?" Angela goes to open the door to Luke's room.

Lilith jumps up putting out her hand to stop Angela from entering. "It's a clean room you can't go in without the doctors say so .... and then you need a gown and mask!"

"It's only flu for gods sake!" Angela is stunned at being refused entry.

Then Eden speaks up "Swine flu is a killer and Luke is very ill ... besides you would hate to spread it around and with both Izzy and Sarah being pregnant it's important to be careful!"

Angela takes this on board "Well, one out of two but I understand what your saying... so is there a doctor I can talk to?"

"I'm not sure, he was around just now?" Eden looks down the corridor towards the nurses station.

Angela follows her look and heads off in search of a doctor.

Eden and Lilith exchange looks "I wonder what happened? She looks a bit disheveled!" Eden ponders.

"Yes, and did you notice her boots... all stained?" Lilith asks as both girls giggle a little.

Eden is pleased her twin is with her she needs the distraction from worrying about Luke and the sadness she feels at not becoming Luke's wife today. This makes her feel guilty as she feels she should just be grateful to still have Luke? But.... well it is her wedding day.... and.... no she can't think about all this any more!

The next floor up on the children's ward both Marc and Daisy are now asleep in adjoining beds,  Rumi rests her head on Iver's shoulder "I never want to have another day like this again!" Rumi tells Iver.

"No, me either I never realized what being a father meant until today! I think I would rather face the Russian Mafia than have to see my kids so poorly!" Iver hugs Rumi close kissing the tip of her nose.

Just then Daisy's eyes flicker open and seeing Rumi she gives her the most beautiful smile "mummy? I thought I had dreamed you?"

Realising that Daisy was calling for her Rumi is struck dumb for a second then she moves swiftly and sitting on Daisy's bed hugs her as if she will never let her go "mummy's here baby... and I will never let you go again... I promise!"Rumi's tells Daisy tears running down her face.

"I don't care what you call him.... you can call him Karen if you want!" Rumi hugs her daughter as Iver splutters ...

"You start calling me Karen and I'll have your guts for garters young lady but if you want to call me dad, daddy, papa, father or any of the above it's fine by me! Iver winks at her.

"Then 'daddy-dad it will be!" and they giggle.

Then Daisy falls back on the pillow "Goodnight!" and she closes her eyes.... soon she is sleeping as Rumi strokes her head.

After a while Iver's legs start to cramp up and he rises checks Marc and then turns to Rumi  "I'm going to get a coffee, do you want anything?"

"A coffee sounds good! You can go home if you want you know!" Rumi smiles at him.

Iver looks stunned "Do you want me to go?"

"NO! It's just hospital's are not very comfy!" Rumi tells him.

"Then I'll get us some coffee's!" Iver walks of towards the wards parent room.

When he returns Rumi is snoozing but just as he turns to put her coffee on the table she opens her eyes "Thanks! Oh, toast too your spoiling me!"

"Only the best for my girl!" Iver sits down next to Rumi giving her a hug.

Just then a nurse comes over to check on both children.

"How are they doing?" Iver asks.

"Both are doing very well, the doctor will be round in the morning." she tells them " Now normally we only allow one parent to stay...."

"But we have TWO children in here... I don't want to leave my family!" Iver interrupts.

The nurse nods "OK, but with so many sick children we don't have any more parent fold out beds!"

"That's OK, the chairs will do!" Iver tells her.

Not long after the lights are dimed and  some of the parents leave. Other go for a drink and a chat in the TV room but both Iver and even more so Rumi are exhausted and full asleep in chairs next to the children's beds.

The floor above is the maternity ward....

Izzy is now settled in a bed and once Richard has checked all is well with their baby daughter he comes to see her.

Pulling up a chair and kissing Izzy "She's fine, the nurse said she will bring her in soon! Now are YOU? OK?"

"So when do we start trying for the next one?" Richard gives her an evil grin.

Izzy starts to laugh which  makes her wince in pain as her undercarriage is still a little sore. "Well, maybe not tonight!" she giggles.

The nurse places the baby in Izzy's outstretched arms and the baby nuzzles her mother looking for her breast. Amber latches on well and with a little advice from the nurse is soon feeding.

The nurse leaves them and Richard looks on marveling at how life works. Izzy looks up catching him watching her "How's Luke?"

"He's OK, I went down to isolation after checking on Amber, I could not talk to him but I spoke to a doctor who said Luke was responding to the medication!"

Once Amber has been fed and changed Richard gently puts her now asleep into the cot next to Izzy's bed. Then turning he sees Izzy is also asleep so kissing the top of her head he leaves.

Richard visits isolation on the way out and finds Eden asleep across a couple of chairs. He stops to look through the window looking in on his son. "He's still doing OK!" a voice beside him says, Richard turns and sees Eden is now sitting up.

"Sorry, I thought you was asleep!" Richard whispers.

"Not how you thought you would be spending tonight is it?" Richard sits next to Eden giving her a hug.

"No... not really! But why are you still here?" she asks puzzled.

"Izzy had her baby tonight... I have a daughter!" Richard tells her "I came to see Luke earlier but I think you was seeing Angela off? I wanted to tell Luke!"

"Yes, and Lilith went home too! So anyway, you can tell him in the morning... when he wakes up!" Eden looks so pensive.

"OK, well I'll be back in the morning!" Richard hugs her and makes his way out of the hospital catching a taxi back to his hotel.