The Priors... Episode Seventy Seven... Jed Gets A New Partner

Jed is called into head office by his boss Diesel

"Jed as Iver is not looking to come back any time soon  I thought it best to get you a new partner!" Diesel tells him.

"WHAT? I don't need a new partner.... Iver will be back, he's just on a sabbatical! Look I can't be dealing with this now I told you I need time off... my family is fulling apart and they need me!"

"Sorry Jed, but I can't let you have more time off! What with Iver gone, Mike got himself shot in the leg and Rick was killed in Moscow three days ago! Recruiting to this department is not easy... you know that!" Diesel shuffles some papers and presses a button on his desk "Is he here yet?" he asks his secretary.

"Yes sir, he just walked in!" the disembodied voice replies.

The door opens and Psyched saunters in "Hi, Jed?"

"Psych, man!" they do a fancy hand shake thing

"OK, so you two know each other now go play!" Diesel hands them a file.

"To bad, Now go! I have work to do!" Diesel dismisses them.

"See! Your bonding already and get a bloody hair cut....both of you!" Diesel gestures to the door and picking up his phone starts taping out numbers.

Jed and Psyched leave and head down the hall towards the lift. They exit the building and head for a coffee shop.

Once they have their coffee's they find a seat outside even though it's a little chilly.  Jed opens the file and scans through it briefly muttering under his breath as Psyched leans back in his seat sipping his coffee and admiring the view.

When Jed has finished ready he silently hands the file to Psyched who reads it through studying some of the photo's and then closing the file looks at Jed.

"I've only had the one partner... I like to work alone! Diesel must have rocks in his head thinking I would want to go back to having a partner!" Psyched shakes his head and sips on his coffee.

"Iver has been my partner since the off and I'm not happy about this either! But I guess Diesel has a reason for doing this?" Jed shrugs and gulping down his coffee stands up "We need to go!"

Psyched throws their cups into a bin and the two men walk up the road together towards a car park. "At least the job is in England!"

"Hummmp...hope it's a short one!" Jed mumbles as they both get into Jed's car and make their way out into the rush hour traffic in central London passing through Admiralty Arch and heading towards Regent St

"I need to stop of at the hospital ... see how my sister is!" Jed tells Psyched as they drive along Regent St.

Psyched glances out of the window noting the new display in Hamleys Toy Store " what hospital is she in?"

"The Wellington!" Jed stops at the lights.

"No!" Psyched shifts in his seat.

"Oh, only Hamley's seamed to be of interest to you?" Jed remakes smiling as he turns into Marylebone Rd.

"Your good! I'll give you that! You ever been in there?" Psyched points out of the window.

"Madame Tussaud's? Yeah, once as a kid....school trip! Oh, and my orthodontist was just round the corner in Baker St if your interested!"

Both men laugh "I think we might just get along... for now.... until Iver gets back!" Jed adds.

"Iver...I hear you two were tight?" Psyched thinks he has got of the toy store subject now.

"We ARE tight.... he's shacked up with my sister they gotta kid together... a boy!" Jed's voice goes a little thick with emotion.

"Yes, of course... Sarah Hage...married to Neal Hage, the actor! That was a bit of a mess I hear?" Psyched turns to watch Jed for a reaction.

It's small but it's there, not on his face but in the whitening of his knuckles.

Jed says nothing concentrating on the traffic as he signals and turns left into Wellington Place. As he slows down looking for a parking bay his luck is in and a red Jag pulls out just in front of him. Reversing into the space he turns to Psyched "You can stay in the car or come in... either way is fine with me!"

Psyched undoes his seatbelt and follows Jed into the hospital neither men say anything to each other. Taking the lift to the third floor they head to ICU. Once they are buzzed in Psyched settles down in the family room his gaze following the nurses back and forth through the open door.

Jed stops to talk with a doctor and then walks down the ward to a bed near the end. After a while he returns accompanied by two beautiful blondes.

"Sarah's having her dressing changed so we thought we would go get something to eat... coming?" Jed asks.

"Fine!" Psyched follows the three out of ICU and  down to the cafe.

Once seated Jed introduces Psyched to his sisters, careful not to mention that Psyched will be his partner for more than just the one job in case it upsets Rumi.

The girls chat and tease Jed and he jokes with them, but always there is the underlying sadness of Sarah being upstairs in ICU! Psyched only speaks when spoken to taking in this sibling unity and weighing Jed up.... after all there is a good chance his life will be in Jed's hands at some time and he needs to know he can trust him!

When the coffee's are finished they return upstairs to see Sarah and Jed sits by Sarah's bed talking to her and willing her to pull through. The doctors tell them that the surgery had gone well but now it was down to Sarah........

Later as Jed and Psyched drive north up the A10 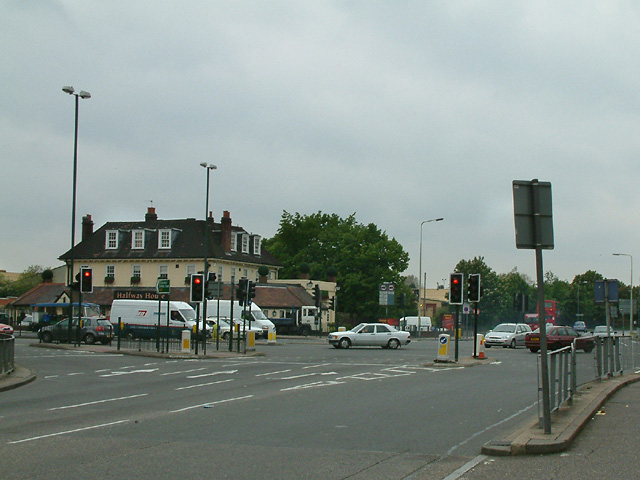 towards the M25 and Hertfordshire the news is on the radio 'In further developments Neal Hage has been charged with the attempted murder of his wife Sarah and assaulting his mistress top London lawyer Ms Kyori Sato. Sarah Hage has undergone surgery and is still in Intensive Care. Ms Sato has been realised from hospital and Neal Hage has been remanded in custody!  Now in other news....'

Jed grips the steering wheel and his knuckles are white a vain pulses in his neck. Psyched turns the radio off. "OK?" Psyched asks.

LINK to Past Episodes