Back with Neal and Sarah life is as always not running very well!

"I'm not sure how much more I can take? How would it work do you think if I divorced Sarah?" Neal asks Kyori as they lay in bed together.

Kyori sits up and looks at Neal not sure she really understands the question... is he asking as to what would happen with them? Or is he asking her as a lawyer? "I'm not sure that would be such a good idea? First the publicity would be bad.... she could take you for millions and what about the kids?" she tries to avoid both options.

"Are you talking with your lawyer head on?" Neal shifts so he can see her face.

"No... not really just as a freind!" Kyori is starting to feel a little discomfort. Over the last few months their friendship has grown and she enjoys having Neal around.... well most of the time, sometimes things get a little heavy and he has been volatile on a couple of occasions! Not towards her but she has had a few breakages  and was at one point starting to think Neal was on the verge of a breakdown? But tonight had been a good night, up until now!

"What about us? Could you take 'us' on?" Neal grips Kyori's hand.

Kyori looks from Neal's face to her hand, his grip is vice like. "No! there is no 'us' I'm happy for us to be friends with privileges but that's all! I work sometimes twenty hours a day, especially when I'm preparing a case I don't want a live in lover and I certainly don't want children.... you know I'm not into this whole smelly, dribbling kid thing!"

Kyori can see the anger rising in Neal's eyes and she is surprised that she feels a little afraid of him?

"So all this time you have been stringing me along? Why? Surely you could have  found an easier mark than me? What was it.... being seen out with the film star and get yourself noticed?" he asks the anger pliable in his voice.

His grip tightens on her hand and she yelps in pain "Neal, let go of me... your hurting me!"

Kyori tries to pull away from him and as she does so Neal lets go of her hand half shoving her but he's a strong man and  she falls to the floor banging her head as she falls.

Kyori looks at him and he stares back at her. A trickle of blood runs from the cut on her head.

"GET OUT! GET OUT OF MY HOME!" she is now truly afraid of him.

Neal just stares shocked at what he has just done "Kyori, oh my god! I'm so sorry" he makes to go towards her and she shrinks back from him

"Please Neal, just go!" She puts a trembling hand to her head feeling the warm sticky blood running down her face.

Neal grabs his clothes and puts them on as fast as he can still apologising but still Kyori stays where he 'threw' her!

Once he is dressed he turns to Kyori "I really am sorry.... I'll call you!"

"No! I don't want you to call me... I don't want to see you again!" She can see the red mist has cleared from his eyes but she will NEVER allow him in her home again, their friendship is over!

As he leaves she gets up tears streaming down her face mixing with the blood and dropping onto the floor.

Once he has closed the front door she runs to it putting on the locks and leaning against the door she slowly slides down it collapsing into a sobbing heap on the floor.

Neal drives home in shock... he has NEVER hurt a woman in his LIFE!!!! What was he thinking... god he really was loosing it! And now he had lost Kyori too! 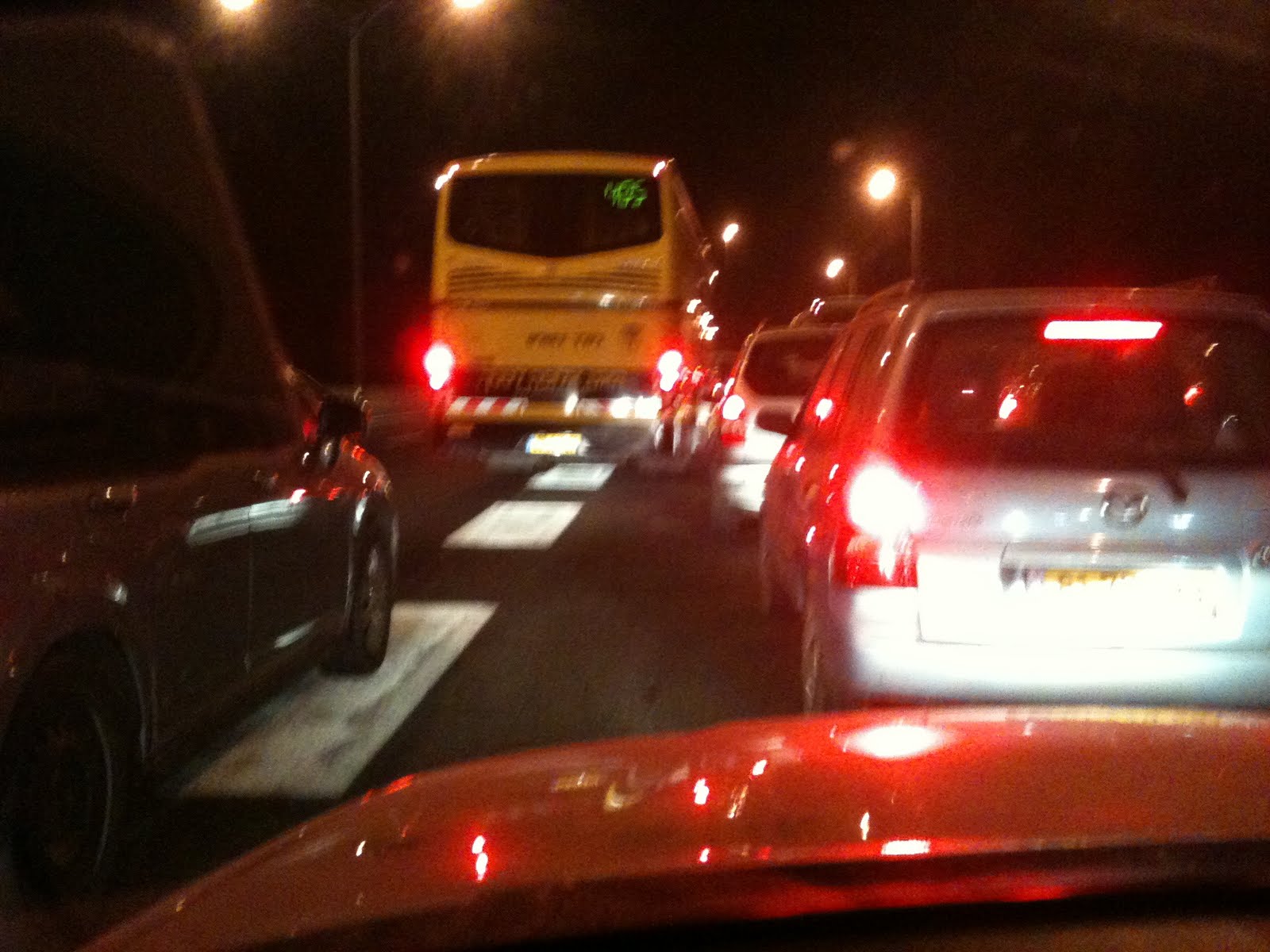 He manges to get home without incident and spots an unfamiliar car in the drive. He half wonders who it belongs to but is preoccupied by thoughts of the evening and his appalling behaviour!

He manges to get home without incident and spots an unfamiliar car in the drive. He half wonders who it belongs to but is preoccupied by thoughts of the evening and his appalling behaviour!

With the children at Kandy's and Sarah god knows where? He makes his way to their bedroom he can see a light under the door 'Dame! this was the last thing he needed Sarah was home? Now he would have to be up for an all nighter ....or he could sleep in the spare room?

The guy jumps like a scolded cat "I'm sorry man... so sorry! She said you was fine with it!!" he grabs around for his clothes and runs from the room. Stopping at the bottom of the stairs to get dressed he can hear the argument that ensues between  Neal and Sarah

"You go with every bitch on heat, you just don't like it when the condoms on another dick! I don't even know why your with me if I repulse you so much... just leave and go shag Kyori... or one of my sisters!" Sarah screams at him

"Your sisters???? I see your sisters because that's normally who my children are with!.... At least I get some peace when I'm with them.... I just can't take any more Sarah. I'm finished.... were finished! You can go fuck every guy in town for all I care!" Neal yells back.

By now Sarah has moved out onto the landing and Neal has followed her. She pulls a dress on and heads for the stairs. As they continue to argue the guy can see them at the top of the stairs and he heads for the front door.

"You bastard don't touch me!" Sarah steps back and loses her footing slips and tumbles down the stairs. She lands with a thud at the bottom of the stairs

Then Neal pulls himself together and rushes down stairs "Sarah, Oh, god....SARAH!!!"

The guy sees Sarah full and rushes back into the house. Fishing in his pocket for his phone he dials 999 the emergency services.

"No, I think she moved... get an ambulance!" the guy mutters fear in his voice.

"Hello, this is the police can I have the phone number you are calling from please?" now a man's voice

"Sir, I'll get you an ambulance but I need your number in case we get cut off!" the police operator asks again.

"and the address your at?"

"I'm not sure.... I'm at Neal Hage's house... in Hertford? He tried to kill his wife?" Topher half whispers

"Sir? are you sure?" the operator sounds incredulous.

"An ambulance is on it's way along with the police..... can you get near Mrs Hage... is she still breathing? Or, is Mr Hage near by?" the operators questions him.

"Good... that's good! Now can you wait outside until the police arrive?"

"But I could try and help?"

"NO! Mr Micheal's for your own safety I need for you to wait outside!"

Topher does as requested and can see the blue flashing light in the distance against the night sky. Soon two police cars and an ambulance arrive. The paramedics wait for the police to go in

"What are you waiting for?" Topher asks the paramedics.

"We can't go in until the police give the all clear!" one of them tells him!

Meanwhile in the house Neal is kneeling on the floor beside Sarah who is moaning a little and her foot gives a slight twitch. Tears are running unchecked down his face

"Sir....Mr Hage.... The paramedics need to come in now.... they need to help Mrs Hage.... can you come with me?" a policeman asks placing a hand on Neal's shoulder.

Neal looks up nods and stands. As he does so two more policemen enter and twist him around slapping him in handcuffs.

The paramedics put Sarah onto a back board and get her ready to move her to the ambulance.

"Please... I'm begging you I need to be with Sarah" Neal tries to struggle free.

"Please Mr Hage don't make things difficult for yourself!" one of the police officers tell him as they take him outside and put him into a waiting police car. The car then speeds of towards the police station as the press already start to gather. Sarah is put into the ambulance and speeds of in the opposite direction lights flashing.