While Chris had been away Kandy had, had plenty of thinking time. Normally when Chris was away she would have spent her time with her sisters and her friends but at the moment things with her sisters were a little... unsettling?

Her best friend Eden was on one fashion shoot after another and when she was home understandably she wanted to be with her own boyfriend Luke!

Work for Kandy had been manic but now the fashion shows were over and the store where Kandy worked had pretty much picked the spring 2011 range so now it was just chasing deliveries for the Autumn 2010 ranges and making sure they went to the right stores! Kandy loved her job and while Chris was away she worked late most nights but eventually she had to go home... and then she had time to think about her life and about Chris!

Kandy thought back to her childhood... even though she had never known her mother

she had been close to her father and adored her brother and sisters. She was only eight when the world around her changed overnight ... when suddenly her brother and eldest sister were both sent away. She had tried to ask daddy why but he just got so very, very cross. Sarah, had done her best trying to comfort Kandy but Sarah had no idea why Jed and Rumi had been sent away either? They were a comfort to each other but reacted very differently to their father.Sarah would have nothing to do with him and made it clear she blamed him for splitting up her family, Kandy needed her father even more and would follow him around like his shadow especially once Sarah started to go out with friends and then left to live in America. Even after their father re-married Kandy was still a daddy's girl.

Then she met Chris and after a year of chaste dating they moved in together. They were best friends and neither had had other partners! Their love life had always been a bit...basic, but they loved each other and sex was not the be all and end all! Well, that's what she told herself anyway!

She had once told Eden LINK (who had thought it all rather funny) so Kandy never spoke of it again. But now with what was happening with Sarah and Rumi, Kandy had started to wonder what she was missing out on?

Could she ask Rumi? Definitely not Sarah... not any more anyway? She did wonder about asking Jed, but he had been gone for so long...he was her brother but she did not feel totally comfortable with him yet... So it was Rumi she turned to for advice? Possibly not a good choice considering Rumi had just dumped the man she loved? But she asked her anyway, Rumi advised buying some books, nice undies and maybe a few 'toys'?

Kandy went with the book purchased from the NET and undies... she was way to embarrassed for toys!

So each night while Chris was away she sat in bed and read her 'book' making notes and looking up some words on the net! It was a good job she was alone as some of the things suggested in the book made Kandy blush to her core! But she read it from cover to cover.... read through her notes and re read the book!

So tonight Chris would be home... he would be exhausted she knew that, so she would not be 'jumping his bones'! This was a long term project.... hopefully a life long project so she had plenty of time!

Everything was ready a waiting when Chris arrived home. His favourite meal was on the table and they ate together in a companionable silence. Chris told Kandy a few anecdotes about the boat trip and Kandy in turn filled him in on her sisters exploit's. For the millionth time Chris thanked his lucky stars he had picked the quiet one! OK, so she was not so hot in the sack.... but then nether was he but at least he knew she was his, and his alone!

Kandy called him from the bathroom were she had run a bath for him.

Stripping off and getting into the bath he kisses her on the cheek "thanks, Kandy!"

"My pleasure " she smiles at him and drops her robe  showing her expensive new undies!

Chris is by now getting a little confused "Babe, you've not had an accident have you? not hit your head... you are you...your not turning into Sarah?"

Kandy thane's shock "No, I can assure you I'm still me! I just thought I could help you bathe! Now just lay back and enjoy!" Kandy then proceeds to wash him all over.Just like she had read in her books....

Then when he alights from the bath she towels him dry.

Kandy notes that Chris is becoming very interested  but the book said make him wait... make him want her, desire her! So she puts her robe on and sends him to bed giving him time to fall asleep before joining him.

After washing up she prepares everything for the morning... seduction part two!

Sure enough Chris is fast asleep when she goes to bed.... at least he will be having some nice dreams Kandy hopes kissing his sleeping form and turning out the light!

The next morning Chris wakes late and seeing the bed empty 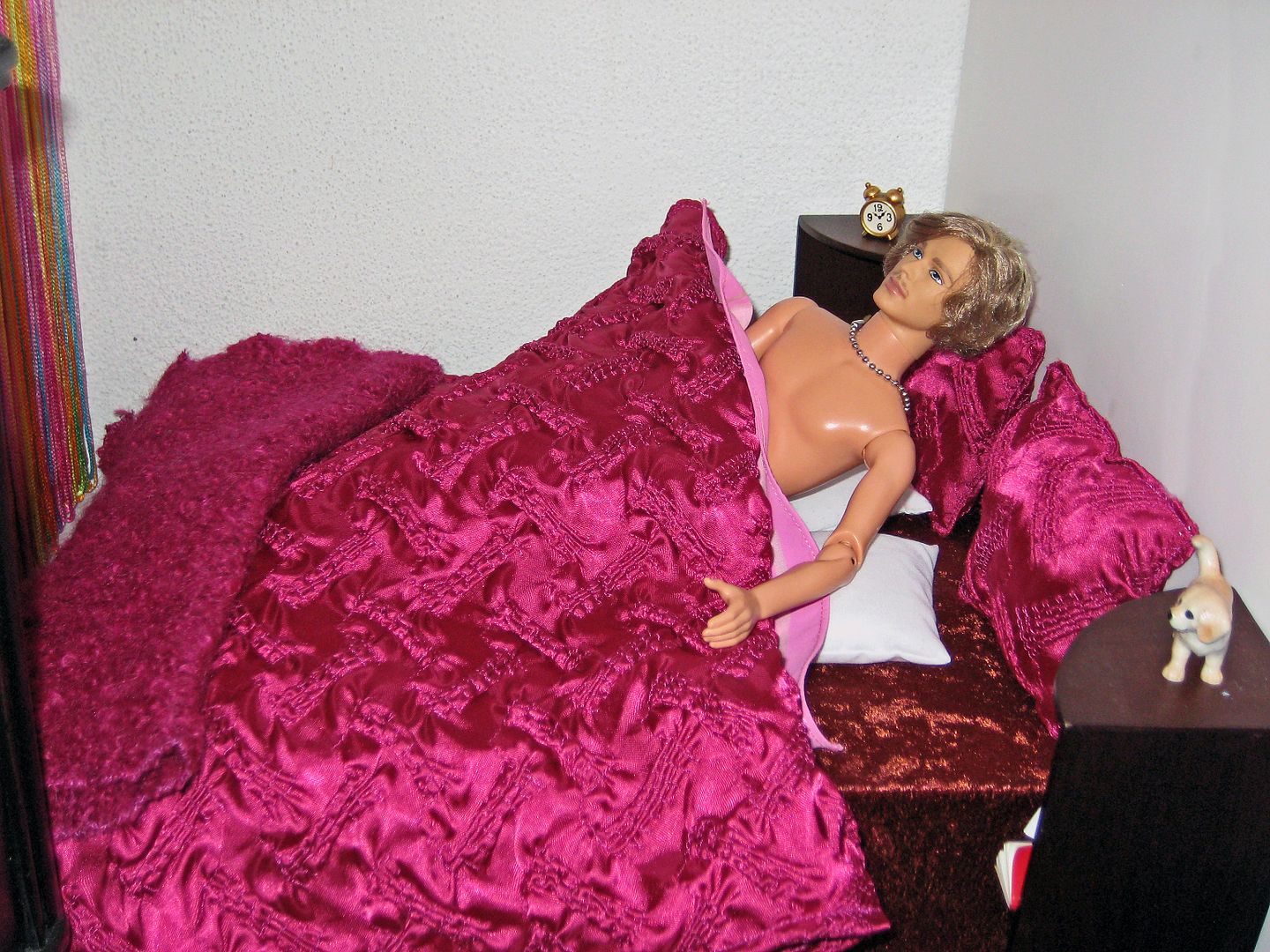 At first thinks Kandy has gone to work until he hears her singing along to the radio in the kitchen. Getting up he makes his way to the kitchen and is amazed to find breakfast waiting for him. "morning sleepy head... well rested are you?" Kandy enquires sweetly.

"Amm, yeah! You not working today?" Chris sits at the table and sips his coffee.

"No, I've done a lot of overtime and my boss has given me a couple of days off!" Kandy sits opposite Chris at the table and offers him some toast.

"that's a shame! If I had known I could have asked dad for the day off! I need to go in later..." Chris starts to say.

"Oh, your dad phoned... he said he doesn't need you for a couple of days!" well it's almost true. OK, so she phoned him  and said they were having a few days away together!

After breakfast Chris goes through to the living room and settles down on the sofa!

What happened next blew his mind and he sees Kandy in a whole new light... one he liked very, very much!

It was after all a very good book!

Later she tells Chris all about her new book

"So this book... what else does it say?" Chris asks as they take a break.

Kandy hands him the book... and her notes.

He reads the notes first looking at Kandy his eyes wide.

Chris turns to page 72 his eyes pop out of his head, he nods unable to talk!

"I like this book of yours... maybe we should start at page one and work our way through?" Chris pulls Kandy down onto his lap.

She kisses him "well, if you insist!"

So now they have a new shared hobby! .......They have joined a book club

(Please note Kandy has not turned into some sort of subservient Stepford Wife... she just wants to spice things up for BOTH of them)