Later in the day the family finally receive good news, Sarah is off life support and holding her own. The doctors start to reduce the drugs keeping her in a coma at hope that she will come round in the next day or so!

They were all so very relieved and Neal gets the first good sleep he's had since all this started.

Jed to is persuaded to go home that night but is back early the next morning.

Luke spends some time with his father who agrees to return to Miami.

Then Luke visits his mother at her hotel where he tries to explain that he thinks his father is truly happy with Izzy and he has given then his blessing.

Naturally Angela is having none of it and in her distress decides it's Luke's fault for introducing Izzy to her husband????

Luke points out that Izzy's mother was in Angela's 'Ladies that lunch' group and SHE introduced Luke to Izzy as she thought Izzy was from good breading stock and would make a good wife for Luke....  (well, she got the breading bit right)

It all ends in tears as Luke knew it would and he send his mother home on the next plane! (She lives in New York)

Meanwhile Eden decided to keep her modelling assignment in  Italy.

Phoning Luke every couple of hours for an update on Sarah....and his mother!

Rumi and Kandy are now sharing a hotel room.

Chris is needed to take a boat to Greece and Iver has gone home to look after Marc. Iver and Rumi know they need to talk but for now it's best that Iver is not around, well that's what Rumi told him anyway! (I get the feeling Rumi has a few issues to sort through)

Giselle and Harry arrive at the hospital just after 10am. Harry too has acting commitments and later that day catches a flight to India, leaving Giselle with her parents. 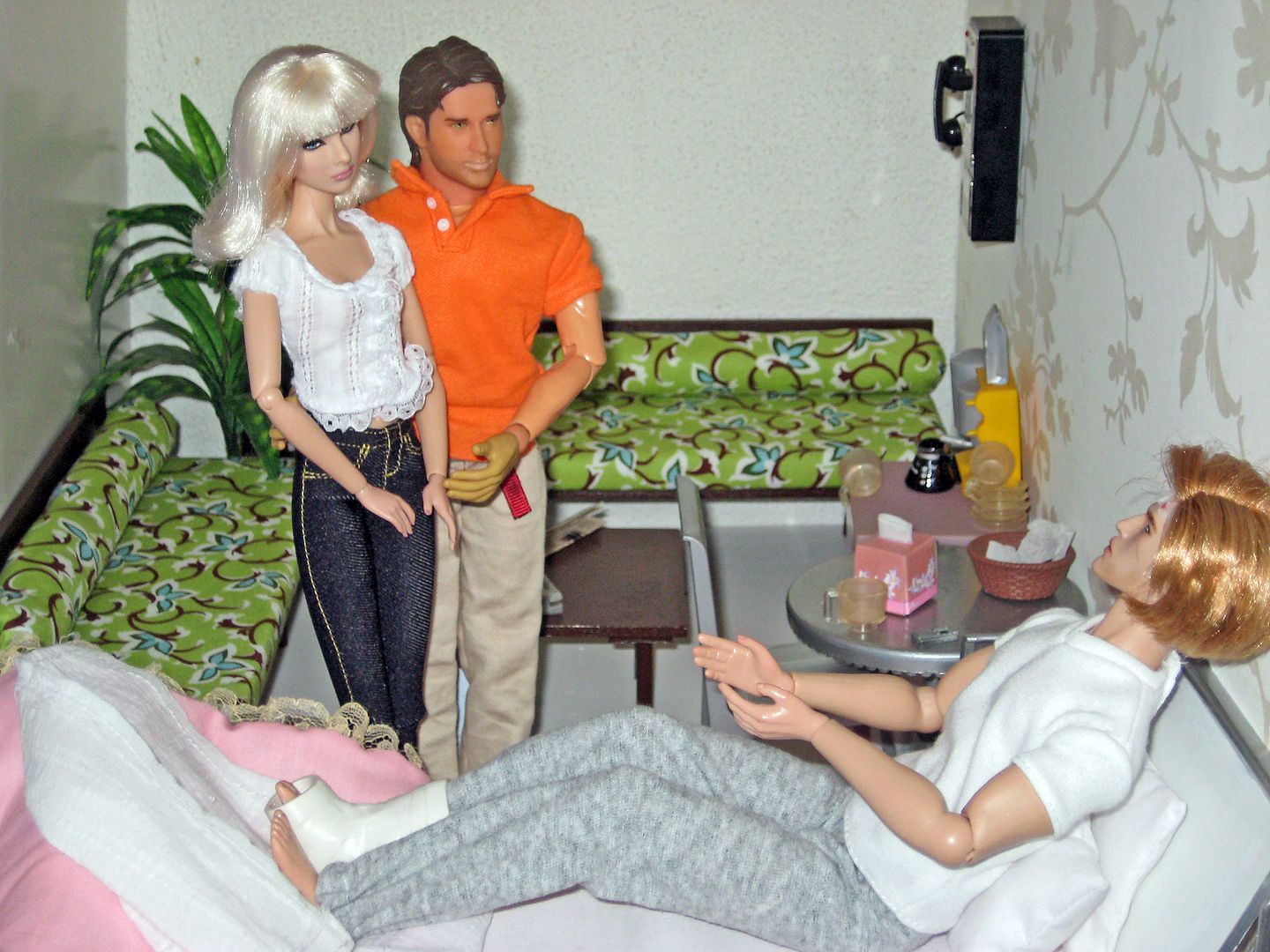 Talking of Jonathan and Agnes they are now staying in a hotel near Neal's cottage (the one he rented for Ben) so they can help Molly and Milly with the children. Abhay is spending the day with Milly and Molly and Giselle arranges to collect him when she gets back from the hospital each day.

Although the police are now finished with Neal's house and all signs of the shooting have been eradicated no one as yet has been back there and the house remains deserted.

There was one more person who was collected by the police that awful day  she spends her life being forgotten and left out (at least she thinks so) so I had better tell you that Akaine visited Neal the day of the shooting but he was asleep when she arrived. Her parents felt it was best she went back to school as there was to much going on, Agnes felt it best she was kept out of it all. 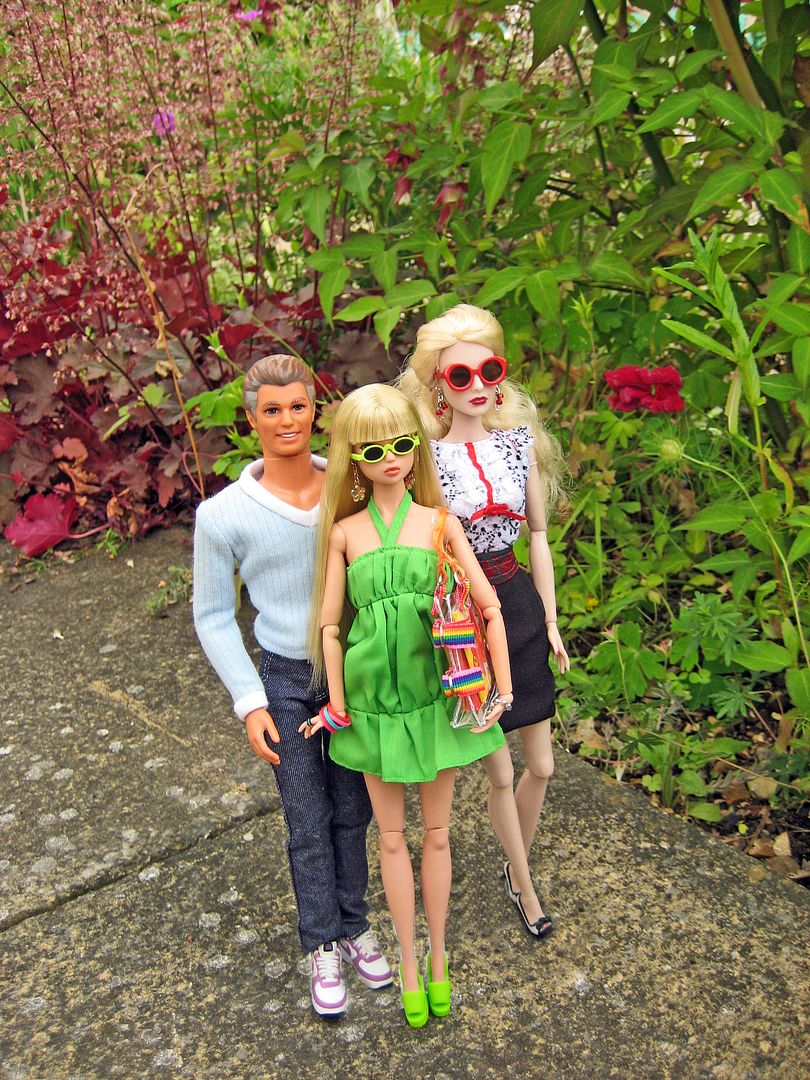 But since then Agnes and Jonathan had had time to talk and come to the conclusion that family was the most important thing and so Akaine was on her way back to stay with them. She would not be returning to school.

Agnes was going to look for a house near Neal, as when Neal and Sarah eventually came out of hospital they will need help and support. Besides she wanted her children and grandchildren around her! Jonathan would need to eventually go back to Hawaii and organize shipping home what the wanted to keep.

So now back to the hospital. As I said before Diesel had interviewed Iver and Jed about that day and had spoken to Neal a couple of times but today he needed to interview him in depth. So while Jonathan and Agnes go to collect Akaine, Giselle talks Harry to the airport.   Luke is still sorting out removing Angela and Rumi goes to spend some time with Marc. Leaving Jed and Kandy to sit with Sarah so that Diesel could interview Neal in private.

"OK, Mr Hage you know who I am and this is officer Riggs who will be sitting in on the interview today. So can you tell me as much as you can about the day in question?"

"Well, to be honest it's all feels a bit serial  now! I remember being in my office and Iver phoned. He told me that Dania was back in the country but they had lost track of her... he said to leave the house with Sarah and the children that the nurse..... Amanda.... that she would take us to a safe house." Neal stops and takes a sip of water. 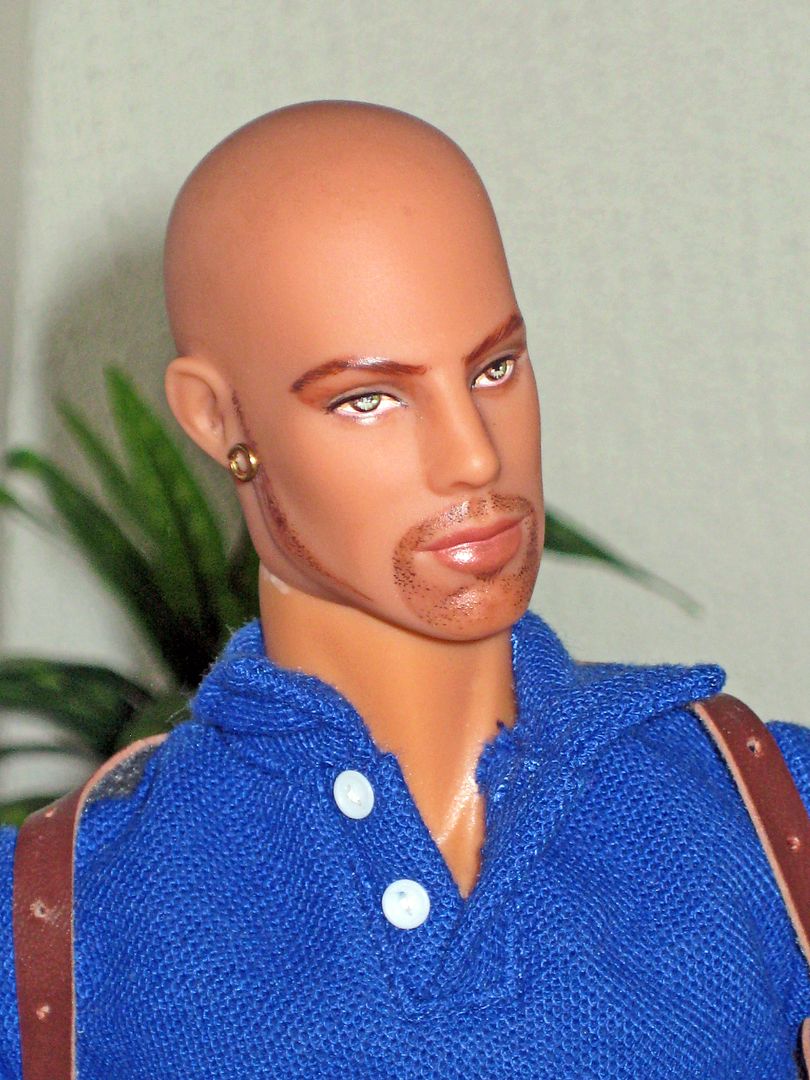 " I went into the living room and Amanda was just putting her phone away, she said we need to leave and that she would go first.... she had a gun! She went outside and said to get into the car.... as we left the house there was a sort of...pop...then Amanda fell to the ground ...." Neal sighs and shakes his head as if trying to dispel the pictures in his mind.

"I turned and tried to go back into the house.... Sarah was in front of me holding my son, Ben I was holding Dawn.... we...we...we... never made it!" Tears start to run down Neal's face and he swipes at them almost annoyed at his weakness in crying.

"Dania and a man came out from behind the trees, she told him to kill Sarah and my children...." Neal stops and looks at Diesel a puzzled look on his face "Sarah...Sarah knew the guy? How could she have known him?.....how???"

Diesel sits up straighter with this piece of information"what makes you think she knew him?"

"Yes, his name was Takeo..... so what happened next?" Diesel asks quietly.

"I don't know.... I was in a lot of pain.... Sarah took Dawn from me....she started to run... I think Dania shot at Sarah....the guy, Takeo...... Dania told him to kill us but he wouldn't? Was it because he knew Sarah?" Neal looks Diesel in the eye looking for answers to questions now spinning around in his head.

"I can't give you answers at the moment but I will, as soon as I can... I will." He stands up as does the officer sitting nearby.

"We will leave you know, thank you for answering my questions and if you remember anything else" Diesel hands Neal a card with his name and phone number on it.

On leaving Neal's room Diesel goes to Sarah's room. Opening Sarah's door he pops his head in and tells Jed he would like a word. Jed leaves the room and Diesel grabs his arm pulling him down a quite side corridor "What the HELL is going on? Sarah knew Takeo?" 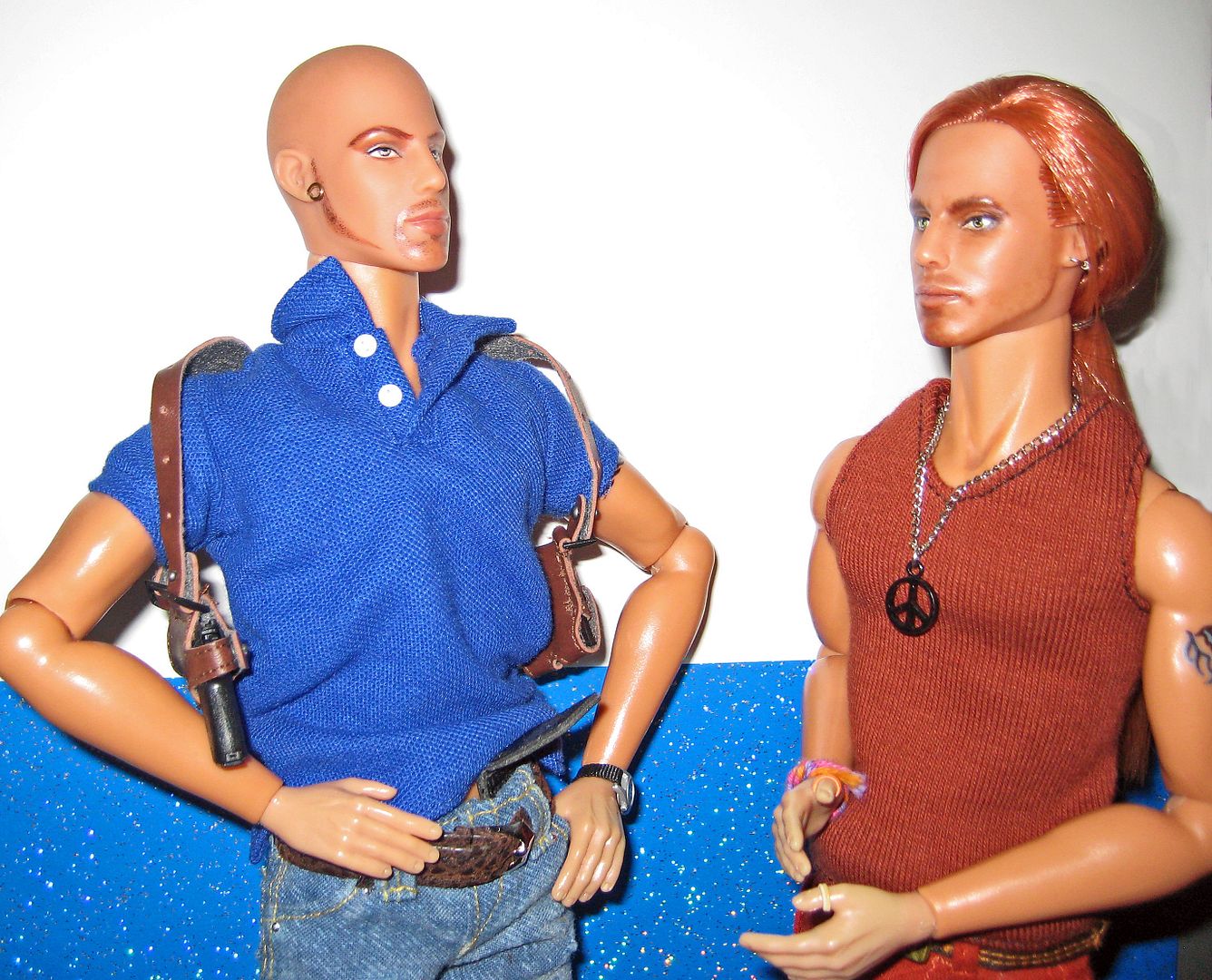 "Yes, Takeo was a childhood friend, we all knew him!" Jed looks around the room, anything but look at his boss. Jed knew that he should not have kept this from his boss but it would have hurt Rumi if it had got out about Takeo.

"Why? I don't get it, why did you not say you knew Takeo? how well did you know him? Do I need to do some 'protection' here? Talk to me Jed, your on thin ice as it is with this one... you and Iver you really fucked up this time!" Diesel is fuming.

"No! Not Iver, just me! Iver ...he didn't know about Takeo!" Jed turns and looks directly at Diesel.

"So! I think we need to go for a cuppa and you need to tell me all! and I mean ALL!" Diesel frowns and strides off down the corridor.Jed sighs heavily as he follows behind.