After a bad night Luke wakes early. After he is dressed he lays on his bed and wonders how Eden is getting on in New York? He just can't get that girl out of his head?

After a while he makes his way down to the hotel restaurant for breakfast. Finding himself not that hungry he just orders some toast and coffee and sits in the foyer.

After breakfast he makes a couple of phone calls and arranges to meet with an estate agent to look at some properties.

As he wonders around the fourth property that morning he finds himself wondering for the umpteen time what Eden would think?

Would she like it? Entering the master bedroom he imagines how it would be waking up with her next to him.... and the fun they could have in a big double bed!!!!

"No!" he mumbles to himself and shakes his head a little.

"Sorry? Did you say something Mr Thompson?" the estate agent asks.

"Ammm no? Nothing!" Luke replies thinking to himself he so needs to get a grip! "I like this place but I would like my girlfriends opinion!" Luke finds himself saying without thinking.

"OK, sir when will she be able to view I can make an appointment now if you want?" The agent smiles.

"NO! No, I can't.... not at the moment.... she's in New York she won't be back until the weekend!" Luke is so surprised at what he's said his words come tumbling out all at once.

'STOP digging!' Luke tells himself! One date in the States  and one here does not a relationship make!

"I'll have to get back to you!" Luke shakes the estate agents hand and leaves the property as fast as he can.

He walks down the road so fast he is almost running. Then he notices a park to his left.

Seeing a gateway leading into the park Luke enters and makes his way to the river where he sit on a large stone and stares into the river hoping somehow it will give him the answers he needs? He tries to get his head straight no easy thing as he is in one almighty muddle

Just then his mobile vibrates in his pocket. Taking it out he looks at the caller ID. It's Dania Zarr's office. 'DAM!' The last person he wants to talk to... then he remembers he was supposed to be taking her out tonight. He sighs he had better see what she wants?

"Is that Luke Thompson?" the voice asks "This is Ms Zarr's office!"

"Yep, it's me!" Luke replies a little sharply.

"Ms Zarr wanted to remind you to be ready for seven sharp! A car will be collecting you!" the voice instructs him.

There is a audible intake of breath at the other end of the phone "I....I....I don't think Ms Zarr will like that! Are you sure?"

"I'm sure" Luke tells them and switches off his phone.

Then he makes his way back to his hotel. It's 2:30 in the afternoon so what time would it be in New York Luke ponders? Would it be OK to phone her now?

He so needs to hear her voice! If New York is five hours behind London then it would be 9:30 in the morning. So he might have missed her? Laying on the bed he puts his hand out to pick up the phone but as he goes to do this it starts to ring. He smiles thinking it must be her and picks up the phone "Hi, Luke here" he says cheerfully into the phone.

"DAM! Drat that woman!" He says out loud. He wonders if he could just not turn up? Dania is a powerful women it would be suicide to upset her.... he has no choice if he wants to work again he will have to go! (The modelling world is a small one)

Maybe if he explained he was seeing someone she would be happy for him and it would all be OK?

So at seven on the dot he is waiting in the hotel foyer for Dania's car suited and booted!

"Mr Thompson" the doorman calls out as a car pulls up outside.

Luke takes a deep breath and gets into the car.

"Darling... I knew you would not let me down!" she smiles at him putting her hand on his upper thigh.

Luke fidgets a little and goes to remove her hand.

Dania shoots him a look and turns to him "Luke sweet boy I think you need to learn the ground rules. I get what I want and Who I want whenever I want! YOU do as I say! Do you understand me?"

"Dania, you're a beautiful women and any man would be lucky to have you on his arm ....but..." Luke tries to explain.

But Dania holds up her hand "Please don't try that on me! I want a good looking man to take me around and for the moment that will be YOU! .... Unless you are wishing to retire? Oh, and Eden.."

At the mention of Eden's name Luke shoots Dania a look ".... Yes! I know about Eden! You silly boy! Who do you think gave her, her big brake? She's having the time of her life in America and I can make her famous, a top model! But, you mess me around it will be over for HER too... is that what you want?"

"You wouldn't?" Luke looks at her. Then he can see she is deadly serious

"I can assure you Luke if your not ....'nice' to me then I will destroy you BOTH! Now sit back have some champagne and concentrate on making ME happy!" with that she hands him a glass of champagne and strokes his thigh!

Then she reaches out and Luke can see she has a small bag of powder in her hand. He sits up and spills some of the Champagne on himself.

Dania shrugs her slender shoulders  shakes a little out onto a small table cuts and snorts it. Then she dabs at her nose with a hankie and hands the hankie to Luke telling him to wipe the Champagne of his trousers.

"Thank you, Smyth were ready!" She replies and glaring at Luke "Do not mess this up Luke!" 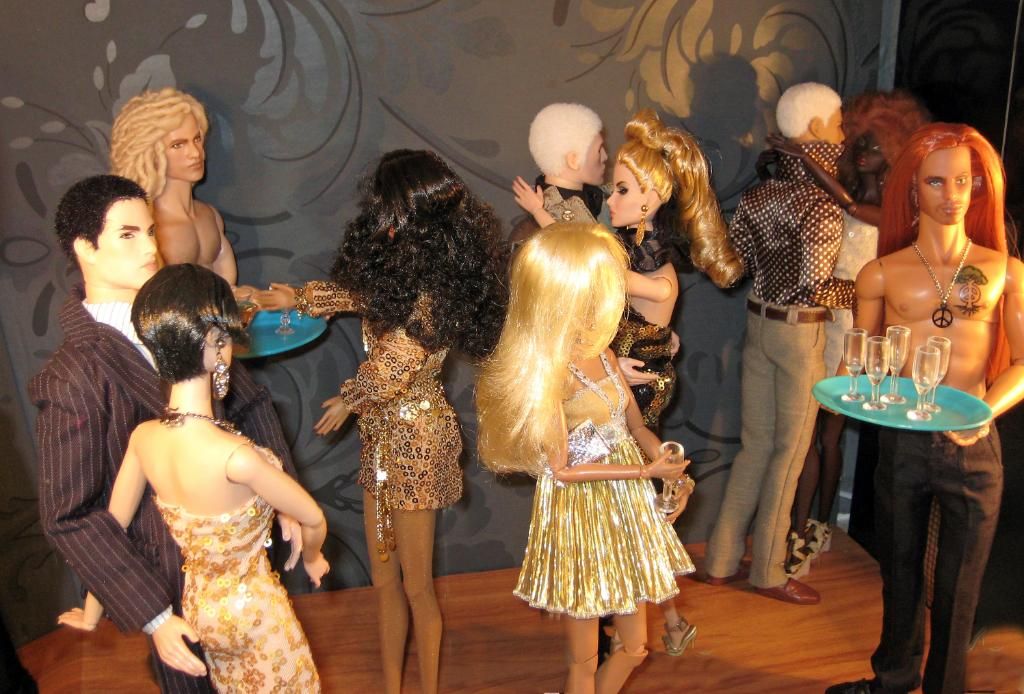 Surprising himself the evening goes very well. He does actually find Dania to be a funny and interesting women (when she's not trying to get in his pants and blackmailing him!)

But all to soon the party is over and it's time to leave. He knows he will be expected to 'perform' and is not sure he will be able to... he just wants to be with Eden!

Dania holds no interest for him in that way.

As sure as eggs is eggs as soon as they are in the car she leans forward and instructs the driver to take them directly to her apartment.

Luke sighs and wonders if he could fain drunkenness? He looks over to Dania and is about to tell her this but she gives him such a look he almost feels freighted of her.... Somehow he is going to have to go through with this!

Later as Dania is sleeping he gathers his clothes together and gets dressed. He feels used and sort of dirty. Thinking of all the girls he's been with in the past who he has done this to he feels physically sick. NEVER, NEVER again!

Thank you for contacting us. We will get back to you as soon as possible
Oops. An error occurred.
Click here to try again.