Later that evening after they had eaten the pizza that appeared in the oven and the pie. Iver and Rumi bathed Marc together. Marc is overjoyed to have a big bath to play in and BOTH parents to play with..... they ALL get very wet!

So while Rumi (now changed into a bath robe) settled down on the sofa to tell Marc a story Iver gets busy clearing up the flooded bathroom!

By the time he has cleaned the bathroom and change out of his clothes the apartment is silent. He can no longer here Rumi's sweet melodic voice? Entering the living room he sees that both Rumi and Marc are fast asleep! He tiptoes over and gently removes Marc carrying him through to his cot now set up in his new bedroom.

There had been some debate about this as Rumi had worried about Marc waking in a strange room but Iver wanted to try it and see if Marc would be OK? After all it would only be harder later to move him he reasoned! So Rumi had eventually agreed on the proviso that if he did scream the place down it would be Iver that went to him and comforted him.

Although he would not say so he was more than happy to do this as it was always Rumi Marc went to for comfort and he thought it was about time he started sharing more of the hard parts in parenting as well as the fun bits! (All together now.....ah, so sweet!) LOL

When he returned Rumi was still asleep

so he went through to the kitchen collecting the bottle of wine (another mystery gift) and two glasses.

(Buy the way talking of gifts don't you just love the little push along trolley for Marc?)

Returning to the living room and half expecting that Rumi would still be asleep he was surprised to see her now wide awake and flicking through a Jonathan Adler magazine that had been left  on a small cabinet. Holding it up she shows him a page "I just love this paper, what do you think?"

"I think I love you more!" Iver winks and puts the wine and glasses on the table. Going in for a kiss. "Lets take the wine and go to bed?" he murmurs in her ear.

Rumi giggles " Why? What's wrong with christening the sofa?"

"SAFE? SAFE!... from what... who? Safe from some perv watching my every move on camera? I don't think soooo!"

"Rumi, please be sensible do you think I would have a camera in my home if it was not necessary?" Iver pleads.

Rumi looks him up and down " Well, you are a bit kinky! Yes, I think you would! So where is the camera and where are the others?"

"Others? did I say there werenothers?" Iver turns away from Rumi on the pretext of poring out the wine.

"Don't take me for a fool!" Rumi reaches out for his face and turns it towards her looks him in the eye "Camera locations NOW!"

"God! You would be brilliant at interrogation!" He smiles and reaches for his glass handing the other to a now infuriated Rumi.

"If you don't want this wasted on your head you will tell me NOW!" she demands.

"OK, I give in! There's one over there in the TV. One in the kitchen light fitting and one in the hall, they did ask if I wanted one in Marc's bedroom but I said no for now!" He sips some wine.

"Oh! That was good of you, so there are none in the bedroom or bathroom? your sure?" Rumi wants to know.

Iver looks at Rumi a slightly puzzled look on his face "None of this bothers you that much does it? I thought you would go nuts!"

Rumi thinks for a minute "No, I guess not? I trust you and if you say we need them...though god knows why? ... I'll go along with it! But NO camera's in the bedroom.... well, not until I've had my hair done and I have my best knickers on!" and she grins at him.

"You are one cool customer Miss Anderson!" the next bit was barely a whisper " he said you was!"

"What? who said what?" she looks up at him puzzled.

"Humm? nothing ... I said I new you was!" then Iver kisses her with passion hoping she will soon forget his little slip up.

They soon move through to the bedroom where they finish there bottle of wine and make love in the comfort of a proper bed!

Marc sleeps well and does not wake until morning but as predicted he soon screams the place down as he is shocked to find himself alone in a strange room.

Iver turns over with a slight hangover and puts a pillow over his head. Rumi gives him a kick and reminds him that he said he would go and see to Marc when he woke!

"No, I think I said I would go to him if he wakes in the night... it's morning now!" he mumbles from under the pillow.

"Go get you son you lazy bar steward!" Rumi chides him.

"OK, OK I know when I'm beaten!" Iver sit up and swivels his legs round onto the floor knocking over the empty wine bottle "shit!" he grumbles.

"What?" Rumi looks up at him as she does she spots his boxers and hands then to him "Put then on you don't want everyone seeing your meat and two veg!"

"Morning, my nosy boy!" Iver looks at Marc's sweet little face all red and covered in tears...and snot. Iver picks Marc up from his cot and reaches for a tissue to clean his face up a bit. Then he sniffs.

"That's fine, you know where everything is!" she calls back smiling to herself and snuggling back under the covers stretching out in the big double bed..

After changing Marc's nappy and making a bit of a pigs ear of it Iver eventually manages to make it stay on and carries Marc through to their bedroom. Rumi pretends to be asleep but Marc is having none of it and when Iver puts him on the bed Marc waists no time in jumping on Rumi full of giggles.

Rumi turns to him and starts to tickle him making Marc giggle even more. Iver stands at the foot of the bed watching them and admiring his family.

Rumi looks up "What? Why are you standing there with a soppy grin on your face?" She pats the bed "Come on come back to bed"

Iver grins and joins them.

Later as they are having breakfast Iver's mobile rings he looks at the screen gets up and leaves the room.

Rumi can just hear the odd word as he talks in the living room. Soon he returns telling her. "The rest of your furniture should be here in half an hour, do you want to gets dressed? I'll finish feeding Marc if you like?"

"Oh? OK, I won't be long!" Rumi was going to ask how 'they' had got into her flat to get her furniture but decided it was not worth wasting her breath.

Not long after there is a buzz on the entry phone, Iver answers it and turning to Rumi "Your stuff is in a lorry down stairs they want to know if there is anything you no longer want?"

"Can I go down and go through it? Would that be OK.... or do you blind fold me while all my stuff is brought up?" Rumi is only half joking.

Iver chuckles "You go down I'll look after Marc!"

Within the hour all is sorted and put away or dispatched to the local tip!

"There must have been 20 people rushing around with all my stuff? It was like watching a whirlwind.... they even put all my undies into drawers????" Rumi tells Iver in amazement.

"Yeah, it saves us doing it! Although I must say I don't mind the odd rummage in your drawers!" Iver kisses Rumi and pulls her to him.

"PERVERT!" she tells him as she kisses him back.

Rumi stands back from him "Yeeees?"

"I have to go away for a couple of days! I'm sorry I thought we might have gotten a couple more days before I had to go!" Iver looks at Rumi apologetically

"But! But we only just moved in? Do you have to go? Could you not wait a couple of days?... Ask for some time off?" Rumi pouts and her bottom lip juts out.

"No! I'm sorry, I can't and that's another thing.... I'm pretty much on call 24 /7. Since I started this job I've never had much in the way of time off." Iver looks away not wanting to see the sadness he knows will be written all over Rumi's face.

Rumi looks at him a little puzzled "What about when we went to Japan for a week and Moscow on that dirty weekend... when Marc was conceived, you was working then?"

"Yeah! I was working!" He shrugs his shoulders.

"So when are you going?" Rumi decides it's best not to ask any more questions as she is not much liking the answers!

Iver looks over at the clock just as the door buzzer goes Iver answers it and talks for a couple of seconds into it then he turns to Rumi "Now! I have to go now!" He bends and kisses her walks over to Marc playing with his new trolley and kisses him too. "Look after mummy little man, daddy will be back very soon!"

Rumi is standing by the door and having picked up his holdall he kisses Rumi again and is gone!

Rumi closes the door and looks around her then she runs to the kitchen window and looks down. She is just in time to see Iver stride over and get into the passenger side of a black SUV with  blacked out windows. As the car turns round she catches a fleeting glimpse of the driver. She has a sharp intake of breath... it's? No, don't be so silly she tells herself and turning starts to clear away the breakfast dishes.

"How did the move go?" the driver asks

"I told you she was! And she suspects nothing?" the driver replies as they make there way towards the M25 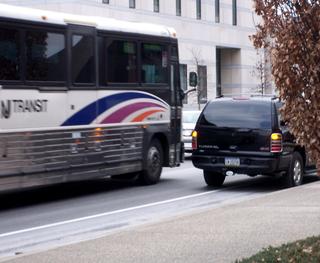 "Well, I told her a little...." Iver starts to say and sees the drivers hands tense on the steering wheel "It's OK, not about you! She knows nothing about you or what we are doing, but I did have to tell her a little about my work ... and the cameras!"

The driver grins " where not to have sex you mean?  Well, unless you what it all on show!"

Grinning back at the driver "You have a dirty mind!"

"Yeah, it's a family thing!" the driver smiles as he heads onto the M25.

Thank you for contacting us. We will get back to you as soon as possible
Oops. An error occurred.
Click here to try again.