"Look my wife will be here in a minute, we must have this place ready like.... yesterday! Our baby is due in three weeks and my wife just does not need all this stress!" Harry tries to emphasise   to the builders with a slightly raised voice! 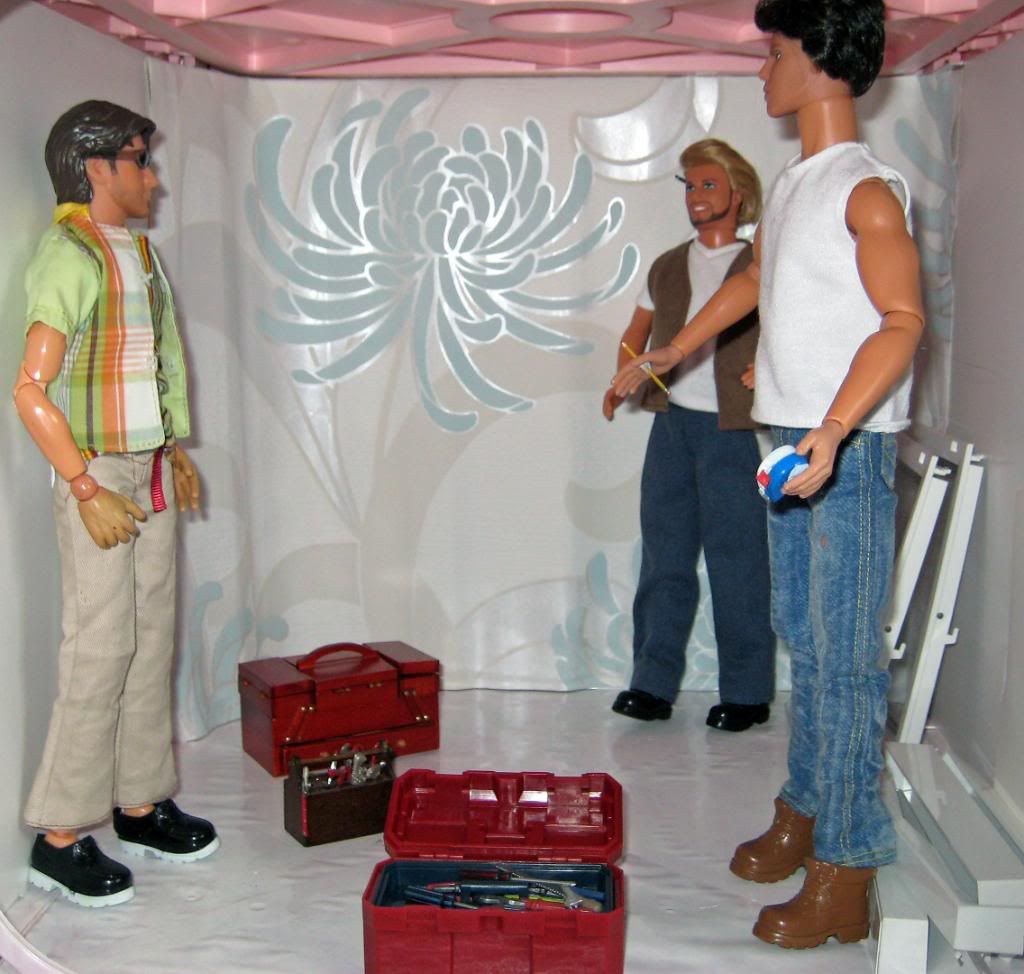 Just then Giselle arrives "Oh, dear! Not getting very far are we? I was thinking that maybe we should get in some builders that can understand that we need this place ready ....NOW!!!"she snaps.

"Ahamm, no need for anything like that Mrs Roshan it will be ready by the end of the week....I promise!" mumbled one of the builders.

The second builder give his partner a look but says nothing.

"OK, well if you are sure it will be ready? But no home, no money!" And with that Giselle turns on her heel and leaves the room.

"You, heard the lady....No home, no money!" says Harry over his shoulder as he follows his wife out of the room.

The builders have left to collect more building materials Giselle decides to do a little shopping leaving Harry home alone. After some thought he decides to phone his brother-in- law ....

"Hi Neal, it's Harry got time for a chat?" Harry asks when Neal answers the phone.

"Sure always got time for family, how's my big sister?" Neal enquires.

Harry chuckles "getting bigger by the day! Pregnancy is sure making her one happy bunny, well when the builders are not driving her nuts that is!"

"Glad to hear it!" Neal smiles to himself picturing his sister with her bump! without wanting to a picture of Sarah with a bump pops into his head... NO! I can't think like that!

Then Neal realizes he missed what Harry was saying.

"Yes, of course" pops out of Neal's mouth before his brain realizes what he has just agreed to? "Ammm, Harry when did you say you would be away?" Neal asks.

"I'm going tomorrow! for about ten days filming in Spain!" Harry replies a little confused....did he not just tell Neal that?

"Oh! OK, that's fine. ... so you'll be back before Valentine's day, only I'm planing a special night for Sarah?" Neal smiles to himself thinking about his romantic plans.

"HAHAHAHA, I BET you are!" Harry roars.

"Harry! You have a dirty mind! But you could be right." Neal chuckles.

"So, what time will you be leaving?" Neal asks when he regains his composure.

"Very early, the flight is the first out in the morning 5:30am" Harry sighs.

"Well that should be fine I'll see if I can book the early flight to you and I'll see you when you get back!" Neal tells him.

"Thanks, I hate leaving Giselle but the studio needs me there to wrap things up. I'll See you soon, Bye" Harry sighs again.

"No, worries I'll look after her, see you soon." and Neal puts the phone down.

Early the next morning Neal was awoken by Sarah getting up to go to the bathroom.

After ten minutes she had still not returned....

"Sarah! are you OK?" Neal called out.

"Yes, I'm fine just got a bit of a stomach ache!" Sarah calls back.

After a while Sarah had still not come back to bed so  Neal wanders into the bathroom where Sarah is sitting on the side of the bath looking very pale and grimacing with pain.

"I think I must of eaten something yesterday?" Sarah winces.

"Are you sure your going to be OK?" Neal asks with concern in his voice.

"Yes! Don't be silly, anyway Kandy will be here later so I won't be on my own. Now get ready or you will be late!" Sarah gives him a weak smile.

She smiles weakly and gets up to leave the bathroom. Feeling weak at the knees but taking a deep breath she manages to walk to the bed were she collapses onto it!

About an hour later Neal is ready to leave but Sarah is still lying on the bed, he comes over to kiss her his face full of concern.

"Are you sure your going to be OK?" Neal's voice is full of concern. 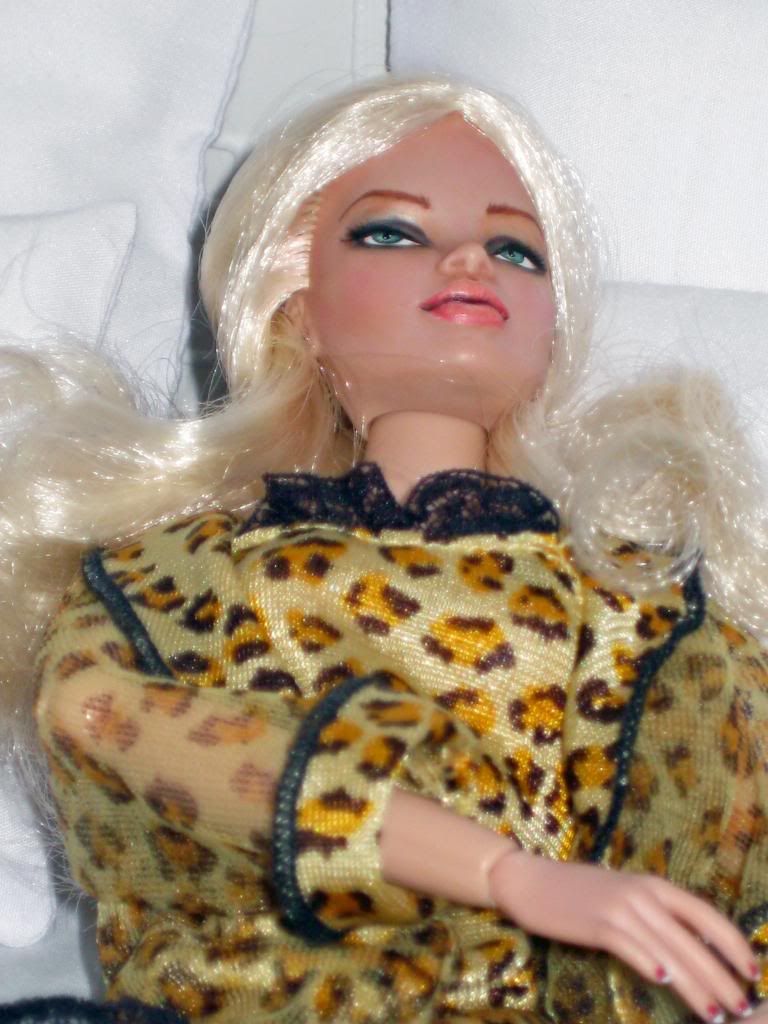 Just then the door chimes and Neal looking distracted goes to the front door.
It's Kandy.....

"Hi Neal, every......" She takes one look at his concerned face and stops mid sentence "It's not Giselle is it? She is OK?"

"No, it's Sarah, she's not feeling well, but she said I should still go to Giselle's? I just don't want to leave her like this!" Neal sounds upset.

"OK, I'll just go give Sarah a kiss goodbye" Neal turns back towards the stairs.

Kandy follows him up stairs and enter the bedroom, Sarah is now asleep. Neal kisses her gently and Kandy shushes him out of the room.

"You will phone me if you need me?" Neal asks turning to Kandy.
"YES!!! now gooooo!" Kandy gives him her brightest smile.
Episode Four