Neal arrives at the hospital with Giselle and Harry as the enter the Maternity unit they meet up with Kandy and Rumi. They all make for Sarah's room laughing and joking, As they enter Neal sees a man standing next to Sarah who is looking out of the window.

Neal is not the most obtuse of men but even he can sense that Sarah is deeply upset by the man's presence.  He feels his hands clenching into fists as they all enter the room stopping just inside the door.

Their noisy entrance makes Sarah and the man turn towards them, Sarah is crying and tries to wipe away her tears with the back of her hand.

Giselle is puzzled but can see that this man has upset Sarah and she can feel her baby brother almost vibrate with tension.

Harry just stands there wondering what the hell is going on? But it's the reaction of Rumi and Kandy that's the most interesting...

Rumi has a sharp intake of breath and mutters "Oh, my god!!!" While Kandy squeals and runs to the man hugging him and cuddling up to him?

"You came? I never thought you would!" she says to him with a huge smile on her face.

Neal looks from Kandy to the man and then to Sarah, now he feels VERY confused?

"What's going on? Who is this man? Sarah? Kandy?" Neal demands looking from one to the other.

A small voice from behind him squeaks "he's our father!"

He turns back to Sarah "You, told me your father was dead?" 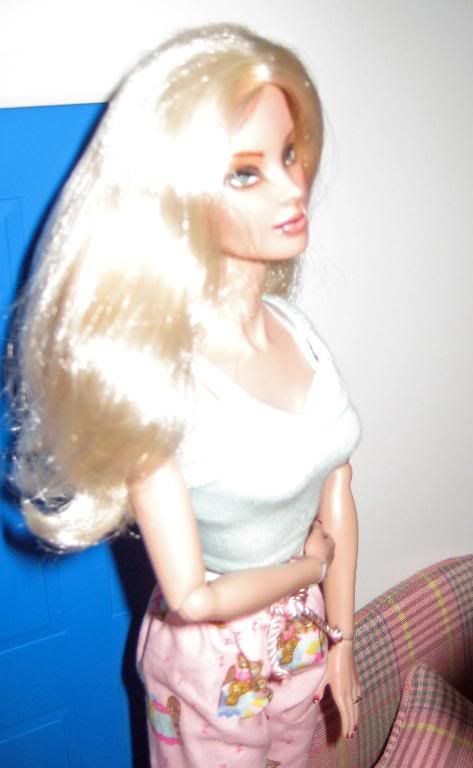 Sarah looks like a petulant child as she mutters "Well he might as well be!  I've not seen him for .... oh, lets see ten years would it be....DADDY???" Sarah then turns and glares at her father her voice thick with sarcasm.

Her father turns to her his arm still around Kandy's shoulder "Yes, Sarah I would say at least ten years" he sighs.

"What the HELL is going on???" he asks his temper flaring, whether it's at Sarah for lying to him or her father for upsetting her he is not sure?

Rumi is now standing in the middle of the room her hands clenched by her side "Hello, father"

Their father looks up as if just noticing her there "Rumi" and he turns his back on her.

"SEE! You see what sort of MAN our father is?" Sarah asks looking at Neal.

"Amm, look I can see there is some sort of family thing going on here? Giselle and I are just going to find a cup of coffee ...." Harry takes a hold of Giselle's arm and tries to steer her from to room

"No! but...oh bother this was just getting interesting!" she remarks as he removes her from the room shutting the door as they go. 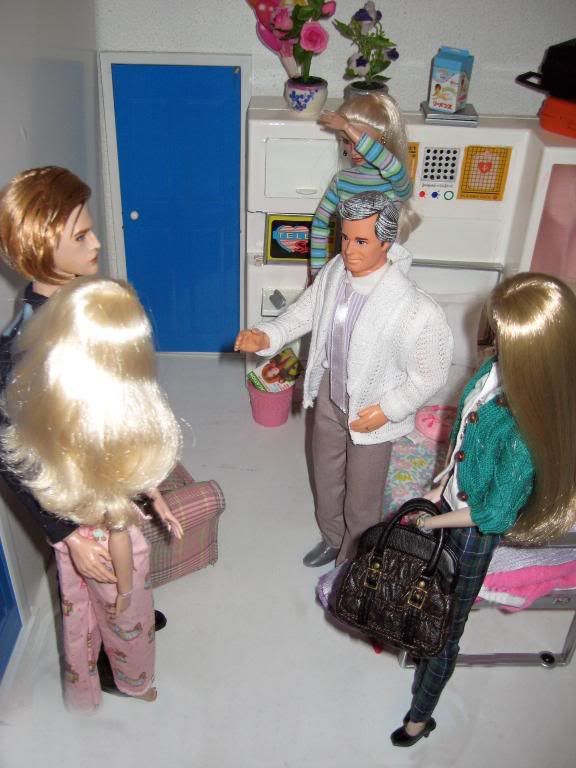 "The husband I presume? " Sarah's father extends his hand only half expecting Neal to shake it. 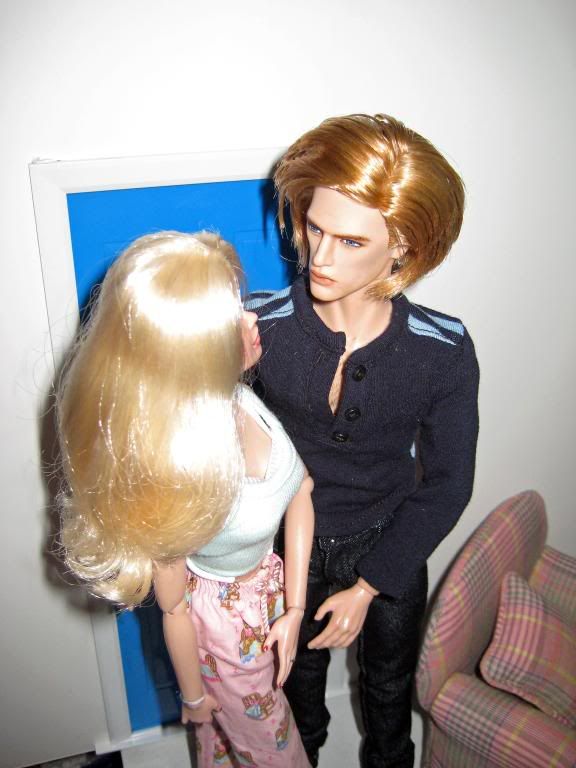 But instead Neal turns to Sarah "sweetheart, what's going on?" he asks her

"I don't know WHAT he's doing here! I sure never invited him!" she replies with venom in her voice.

They here a noise as the door opens and another person enters the room a woman in her 50's Neal guesses. So who was THIS????Rumi who is nearest to the door turns to look at the woman who has just entered.

"Hello, girls!" the woman smiles uncertainly around the room. She looks over at Neal "and you must be Sarah's husband Neal?"

"Yes? and you are?"  Neal replies gruffly.

" This is MY wife Maggie!" Sarah's father introduces the woman.

Sarah goes over to Rumi and puts her arm around her and they both sit down on Sarah's hospital bed. "So? Just what are you doing here? And how did you even know where the hell I was?" Sarah demands of her father.

"KANDY" both sisters say together and turn on Kandy.

Kandy looks at them both realizing what a terrible mistake she has made in contacting their father and telling him what was going on.

"Oh, Kandy!" her father sighs "you said they would be happy to see me? To see US!" he holds out his hand and takes his wife's.

"Well! I thought it would be a wonderful surprise! That now Sarah and Rumi were both mothers that maybe things would be better?"

Now their father looks a little confused "Rumi is a MOTHER????God help the poor child! I guess the father did a flit, that's if you know who he was?"

Finally Rumi finds her voice "Yes, I have a son...Marc and his father is looking after him at the moment if you must know!"

"He is?" Neal, Sarah and Kandy say in unison.

Theirfather smiles "So I have a grandson?" he turns to Sarah "and a granddaughter!"

"I guess you do! But don't get to excited, you won't be meeting either of them!" Sarah almost spits this information at her father "Now I would like you BOTH to leave , please!"

Lilly looks around the room and then at her husband "Come one Stephen, this is not the right time! We should go!" she looks at Sarah and Rumi with real sadness on her face "I'm sorry, we really thought it would be OK by now!"

Sarah looks at them both" It will NEVER be OK! Now GET OUT!!!" there was real venom in her voice.